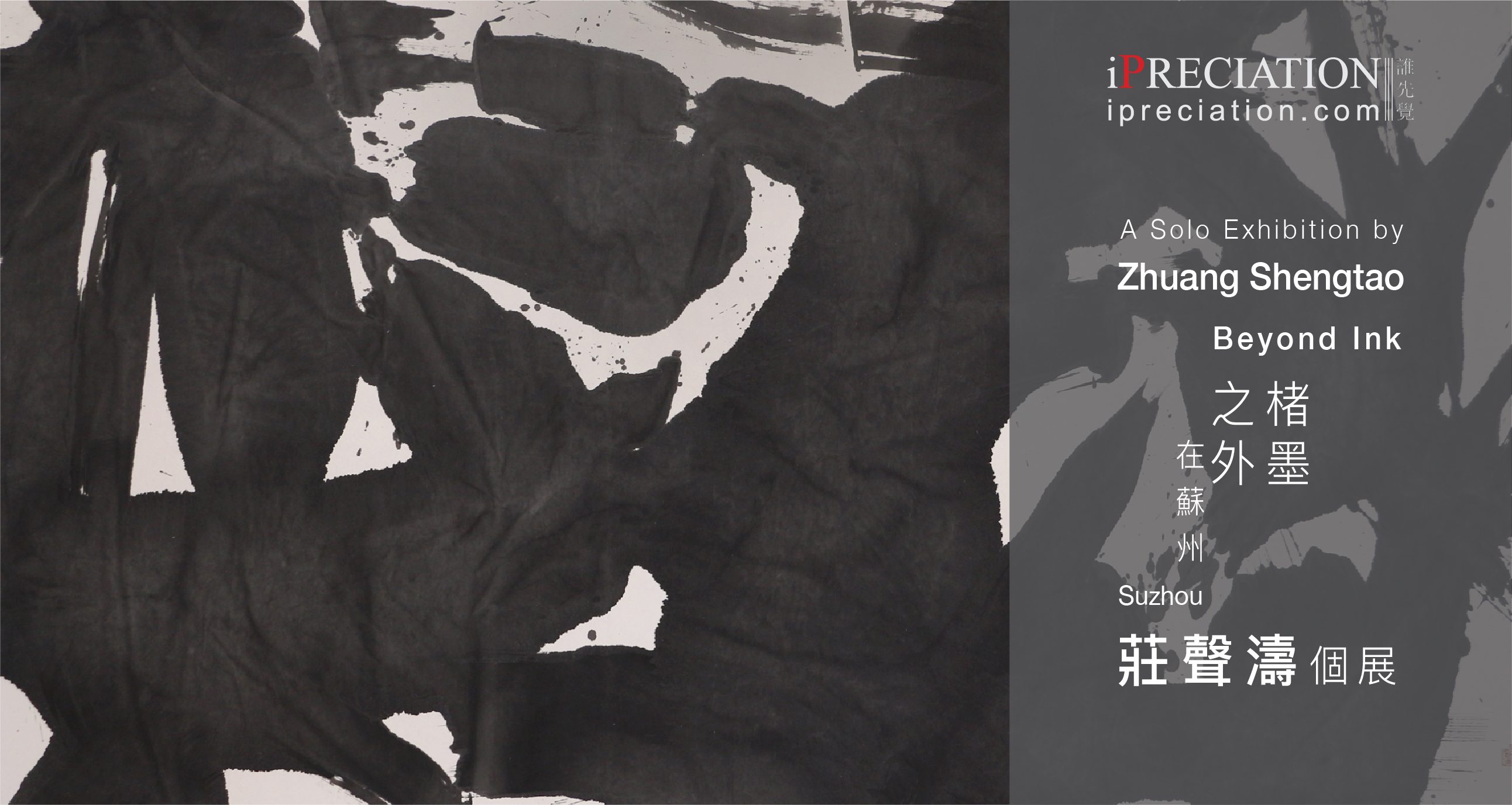 (Due to social distancing, prior viewing arrangement is recommended. Please call 6339 0678 or email Brian at brian.foong@ipreciation.com)

iPreciation is delighted to present a solo exhibition by Singapore pioneer contemporary ink artist, Zhuang Shengtao (b. 1944), titled Beyond Ink – Suzhou. This exhibition showcases a series of works by Zhuang between 2006 – 2015. Residing and surrounding himself in the historical ambience of Suzhou since 1997, Zhuang is progressively liberal in his swings and sways. His audacious, uninhibited brushstrokes, as well as unconventional composition, push the boundaries of daxieyi (freehand brushwork) further to one that transcends distinguishable forms and echo influences of both the East and the West.

Zhuang lives increasingly as a literati artist after settling in Suzhou, the result of many years of honing his skilful technique and his sojourns seeking fresh ideas. In an environment he saw as more conducive for his art practice, he was inspired by the colours and light in nature which became the key to create strong visual effects with ink. The bold strokes in his large wild cursive script calligraphy soon transform into abstract and organic compositions in his ink paintings, the contrast of each of them stark against one another with varying opacities. Every lyrical and zestful brushstroke of his ink paintings in Beyond Ink – Suzhou is evident of his strong foundation in calligraphy, crooning the rhythm of classical Chinese poetry and creativity in blending the essence of a traditional medium with new visual aesthetics.

Zhuang’s vivacious, introspective brushstrokes capture a fresh interpretation and visuals of contemporary ink. His works are being permanently collected by National Gallery Singapore, as well as privately.

Born in Chao’an, Guangdong, China in 1944, Zhuang Shengtao moved to Singapore at the age of 11 with his family. He enrolled in foundation classes at the Nanyang Academy of Fine Arts in 1964 where he studied calligraphy and painting under the tutelage of the renowned calligrapher, See Hiang To. He later obtained a Bachelor’s degree (First Class Honours) in 1972 and a Master’s degree in 1977 from Nanyang University, both in Chinese Literature. Deeply rooted in Chinese culture, Zhuang is especially fascinated with Chinese philosophy and he pledges fidelity to Chinese ink till today.

In 1981, Zhuang travelled to France in search of a creative breakthrough. Subsequently, he toured Europe and the United States. Exposure to Western contemporary art, notably the drip paintings of abstract expressionist, Jackson Pollock, led to a major turning point in his artistic pursuit. Zhuang moved away from the formalistic calligraphic styles and experimented with abstract forms and vigorous brushwork in writing large wild cursive script calligraphy. Soon, he set himself on a path to embrace old traditions while developing new ink expressions.

In the 1990s, the absence of a thriving art scene in Singapore and the lack of suitable tools for his larger new works offered little avenue for Zhuang to continue his explorations. He travelled to Hangzhou in 1996 to seek new inspirations and materials. A year later, he resides in Suzhou, the quaint ancient historic city until the present.

Sign up now to receive an invitation to private previews

Sign up for the iPreciation newsletter now to receive private preview invitations, updates on our upcoming exhibitions, first-hand announcements and more.