Born in 1975 in An Yang, Henan Province, China, Zhang Huan graduated with a Masters from the Central Academy of Fine Arts Beijing in 1993. He is best known for his controversial early works in performance art. He began his career in Beijing and in 1998 he moved to New York where he established his international career with large-scale public performances. Zhang Huan makes art about the human condition, exploring universal aspects of human nature. After spending some years in New York, the artist moved back to China in 2005, and established a studio in an old factory in Shanghai.

In the decade preceding the new millennium, Zhang was featured in exponentially more international exhibitions in places like Tokyo, Chicago, San Francisco, New York, Venice, France, Portugal, Toronto and Mexico. Worthy of mention is his contribution to “Inside Out: Chinese Art at the End of the Twentieth Century” at PS 1 Museum of Modern Art (1998). Following which in the 2000s, he also contributed to numerous exhibitions by esteemed museums such as Daelim Contemporary Art Museum in Seoul, PS 1 Museum of Modern Art in New York, National Gallery of Victoria in Melbourne, San Francisco Museum of Modern Art, Pace Gallery, Center Museum of Contemporary Art in Spain, The Israel Museum in Jerusalem, Museum of Fine Arts in Houston and Center Pompidou in Paris. On his own, he has held several solo exhibitions such as his famous “Family Tree” at Galerie Albert Benamou, Paris (2001), “Zhang Huan: Altered States” in Asia Society, New York (2007), “Zhang Huan: Hope Tunnel” at Ullens Center for Contemporary Art, Beijing (2010) and “Zhang Huan: Amituofo” at Museum of Contemporary Art Taipei (2010). In 2010, Zhang was also featured in “Art for the World, The Sculpture Project of The Expo Boulevard” during the World Expo 2010 which was held in Shanghai. In the same year, he was also part of “Haunted: Contemporary Photography/Video/Performance” by The Guggenheim Museum in New York and “Arts and Cities” during Aichi Triennial 2010 in Aichi. His prominence in the international contemporary art scene quickly led to him being recognized as the Robb Yearly Artist, China in 2010.

Zhang continued to exhibit actively with much critical acclaim, some of his solo shows include, “Zhang Huan: Q Confucius” at Rockbund Art Museum, Shanghai (2011), “Zhang Huan: The Mountain is Still a Mountain” at White Cube, London (2012), “Looking East, Facing West: The World of Zhang Huan” at Frederik Meijer Gardens & Sculpture Park, Michigan (2013) and “Zhang Huan; Soul and Matter” at Palazzo Vecchio and Forte di Belvedere, Florence (2013). Concurrently, he has also contributed to shows by the likes of Palazzo Grassi, Francois Pinault Foundation in Venice (2011), Museum of Science and Art in Lausanne (2011), Minsheng Art Museum in Shanghai (2012), Rubell Family Collection in Miami (2013), Metropolitan Museum of Art in New York (2013), Gwangju Museum of Art in Gwangju (2014), Long Museum in Shanghai (2015), Seattle Art Museum (2015), and Taipei Fine Art Museum (2015). More recently, he was invited to the 55th Venice Art Biennale (2013) and enjoyed solo exhibition like Art Project Salzburg in Austria (2015) and Storm King Art Centre in New York (2014). Consequently, Zhang Huan was awarded the French Legion of Honour in 2014, a prestigious award in recognition of his achievement and significant contribution to contemporary art discourse. 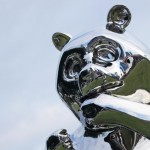 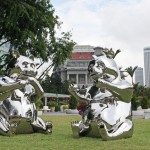 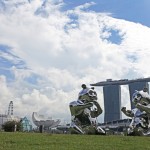